This site makes use of cookies to improve the user's browsing experience and to collect information on how the site is used. By continuing to browse the site you agree to the use of cookies. Learn More
Accept
HiWay Media is a digital boutique company making waves in the entertainment industry. We imagine, design, and develop digital ecosystems tailored to our clients' needs with the goal of building memorable experiences for everyone.
Learn more about us 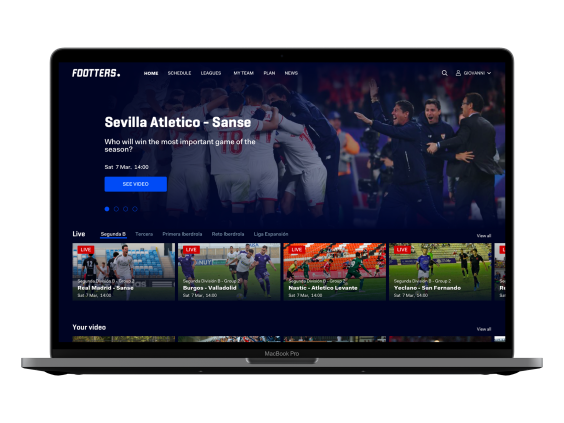 When it comes to digital platforms, we understand that customization is key. This is why we are dedicated to creating unique, bespoke solutions for all our clients like a true digital boutique.

We live for entertainment

Our solutions cover the entire digital service chain: from ideation to production to maintenance.

We help our clients build meaningful relationships with their users.
HiWay Innovation Lab is dedicated to the research and radical prototyping of innovative digital solutions.
Learn more

One of sports most anticipated debuts, the X League, is set to kickoff June 2022 led by its innovative digital strategy which the Sports Business Journal recently called, ‘A watershed moment for viewer autonomy in LIVE sports’. The ground-breaking digital platform will be powered by one of Europe’s fastest growing digital media houses, HiWay Media, based in Milan, Italy. Regarded as a digital tailor in the OTT space, HiWay Media develops customized video streaming experiences for fans. The multi-year partnership will connect fans to athletes and GameDay experiences across an innovative website and mobile app.

Awarded in the category ‘Best Tech Start UP’ at the 2020 SportsPro OTT Awards, HiWay Media is led by Giuseppe Sampino and a team of cutting-edge developers and designers. “This is the most exciting and rapidly evolving time to be involved in sports media, as the ecosystem continues to shift toward digital”, said Sampino. “what drew us to the X League is its first-of-a-kind digital strategy that enables its fans to have incredible access into the very lives of its athletes, while providing unprecedented access on gamedays. The vision is truly next generation and one that aligns perfectly with today’s sports media world”, Sampino added.

HiWay Media and the X League will collaborate on the official global website as well as mobile app of the X League. Each offering will include exclusive media content only available on the website and mobile app with coverage of the biggest name athletes, league storylines, behind the access on gamedays, exclusive promotions, and epic fan experiences.

“This is truly a watershed moment in sports media and we at the X League are at the forefront of it with our digital interfaces. HiWay Media is considered the Ferrari of design and innovation, Giuseppe and his team understand the X League’s vision of leading the way in sports as it relates to fan engagement via first-mover digital experiences”, Mike Ditka, X League, Chairman.

HiWay Media is an innovative digital tech start-up, designing and developing fully customizable fan experiences. The company, is a joint venture with NVP SpA (which holds 50% of the shares), offering cutting-edge solutions to simplify every phase of the video life cycle: from connectivity to on-site productions, going through transcoding and content distribution with its proprietary cloud-based Digital Assets Management, to the development of OTT platforms and dedicated apps. Building up on the back of NVP’s market leading position and already-extensive client base (including but not limited to DAZN, Endemol, Eurosport, Ferrari, IMG, Infront, ISU, Magnolia, Mediapro, Mediaset, Olympic Broadcasting Services, Rai, Sky Italia, UEFA), HiWay Media has already successfully launched several projects internationally, being able to consolidate its position as an innovator and disruptor in the market.

Extreme Football League or ‘X League’, is an integrated sports media organization and a recognized leader in digital innovation in sport. The global sports franchise will include Federations in the United States (2022), United Kingdom (2025), and Germany (2026) with further expansion into Asia, Australia, Canada, and Mexico. X League’s mission is to make available America’s No.1 sport to an entire gender while providing an aspirational destination league to the millions of future generation girls that want to play the sport of American Football. The X League will provide family-friendly entertainment via its year-round linear and digital programming distributed to over 80+ television markets around the world, premium live events, digital media, and publishing platforms. At full maturity in 2027, the X League will be producing nearly 170+ matches year-round from London to Los Angeles to Hamburg, demonstrating the commercial value of Women’s Sport. 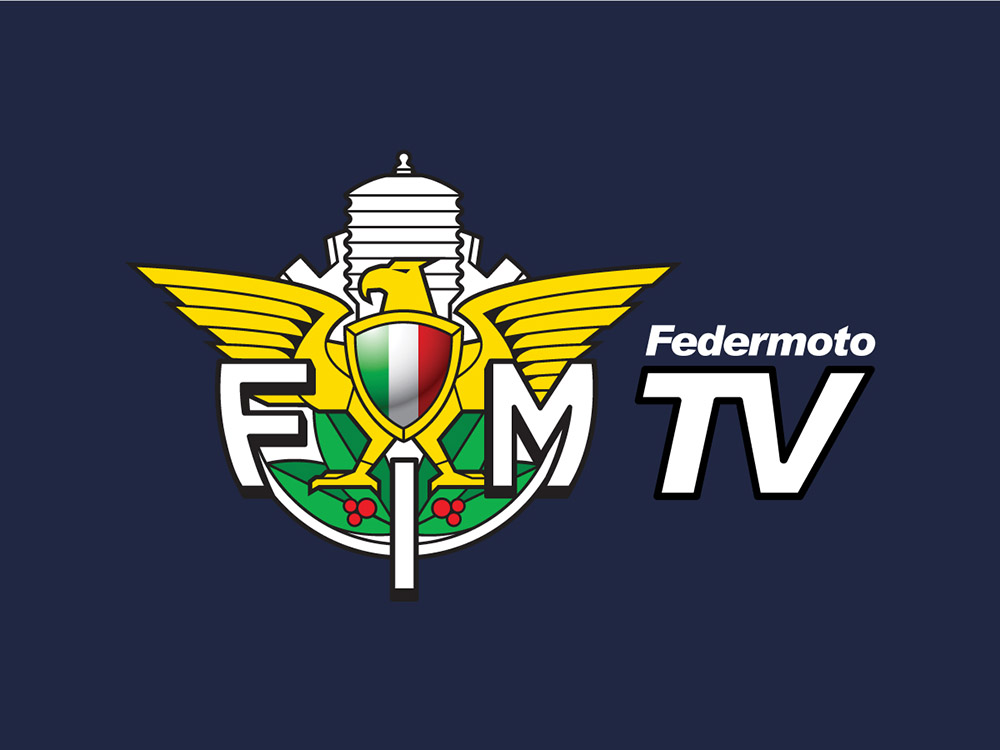 31 Jan 2022 • News
HiWay Media and FMI: the best of Italian motorcycling is online with FedermotoTV

Federmoto TV is online, the new OTT platform of the Italian Motorcycle Federation which offers highly appealing content for all fans. The "new home" of the FMI is the result of the multi-year agreement with HiWay Media which will soon release mobile apps for iOS and Android.

A prestigious partnership for the startup specialized in streaming management that comes after the one just signed with the Italian Tennis Federation for the Supertennix platform.

Federmoto's goal is to offer an innovative service to FMI members who will be able to register and use all the contents for free: from live races, to video on demand, from exclusive interviews to docufilms, to special services and more.

The launch of Federmoto TV took place last Sunday with a great live event: Round 1 of the Motocross International d'Italia 2022, proposed in PayPerView for non-members, who can still access all the contents of the platform for free, except those Premium. On Sunday 6 February, Round 2 will be repeated, which will be offered in the same way.

In addition to the live of the Internazionali d'Italia MX, there are numerous videos already available on Federmoto TV: the most exciting moments of the 110 years of the FMI in Riccione, the highlights of all the 2021 off-road championships, the documentary films of the triumphs at the Six Days and Motocross of the Nations, the on board and the CIV reruns, but also the last round of the Australian Superbike Championship - which saw the participation of Jack Miller-, the Moto d'Epoca and Mototurismo events.

Giuseppe Sampino, CEO of HiWay Media:
"We are very happy to see this OTT project, conceived together with the Italian Motorcycle Federation, being finally launched. FedermotoTV is a wonderful challenge for FMI and also for HiWay that has accompanied FMI since its first conception. Our company confirms itself as a point of reference for realities - sports and non-sports - which have understood how streaming and proprietary platform are tools for making the most out of their content ".

Giovanni Copioli, FMI President: “FedermotoTV is finally a reality. I am very proud of this project which has materialized thanks to a great team effort. The FMI thus demonstrates that it is in step with the times and is constantly committed to the dissemination of motorcycle culture: FedermotoTV is essential because it allows you to enjoy motorcycling at any time of the day and in any place ". 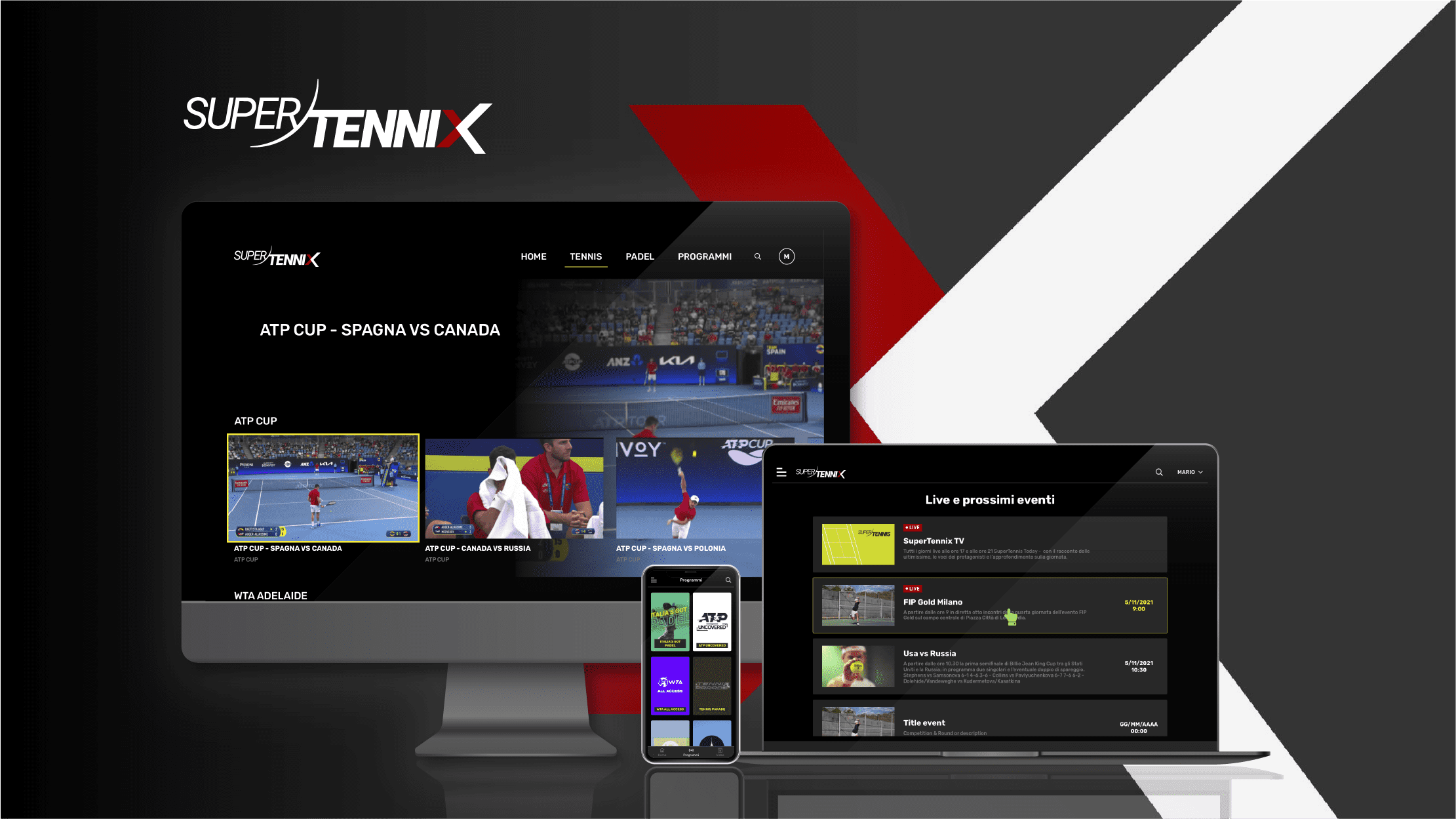 A new prestigious deal for the startup based in Milan.

Milan, January 27, 2022 - HiWay Media, an innovative start-up booming in the world of sports entertainment, and FIT (Italian Tennis Federation) announce the agreement for the development of a new streaming platform.

SuperTenniX, initially launched by FIT in 2020, is now subject of an evolution that will allow all fans to enjoy great tennis on the move and on smart TV, with an unparalleled live offer.

The new OTT platform will offer hundreds of live and on-demand events every year, accessible through all devices. Users will be able to choose between a monthly subscription (€ 3.99) and an annual subscription (€ 34.99). The service is free for all FIT members.

HiWay Media is an innovative digital company founded in Milan, with the aim of supporting event organizers and media rights holders in the management of streaming.

The company is the result of a joint venture with NVP SpA, which holds 50% of the shares, and offers cutting-edge solutions to simplify every phase of the video life cycle: from connectivity to on-site productions, passing through transcoding and management. content with our Digital Assets Management, up to the development of OTT platforms and dedicated apps.

Giuseppe Sampino, CEO of HiWay Media:
"We are extremely happy with this partnership with the Italian Tennis Federation; rebuilding SuperTenniX from scratch was a great challenge for us that we accepted with courage and that we are proud to have completed in record time. Our goal is now to continue to innovate together with FIT in the coming years, in order to guarantee all Italian tennis and padel fans a unique and unprecedented experience ".

Marco Martinasso, CEO of Sportcast:
“SuperTenniX is a platform that the Italian Tennis Federation has strongly wanted in order to capitalize its experience in the television field and give it further momentum in the digital world. This, with the aim of reaching an even wider audience and accompanying its users in the evolution of the way in which we all use content today. As well as to increase the passion of members of the federation, for which access will be free. The agreement signed with HiWay Media represents a great step forward in the development of an OTT platform destined to immediately become the richest video offer for tennis, padel and beach tennis in Italy. A new way to experience the world our disciplines always and everywhere ".